Blessing of Housing Units for 65 Poor Families in Pasay (Philippines) 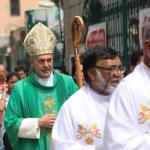 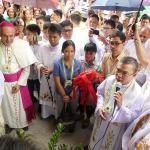 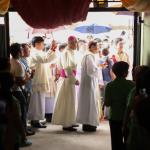 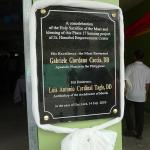 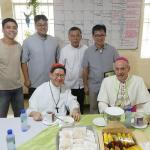 Most Rev. Gabriele Giordano Caccia, Apostolic Nuncio to the Philippines, presided over the Thanksgiving Mass for the completion of 65 housing units of a 5-storey building to be distributed to poor family-beneficiaries of St. Hannibal Empowerment Center (SHEC) in Malibay, Pasay City, Metro Manila, on July 14, 2018. Luis Antonio Cardinal Tagle of the Archdiocese of Manila, to which the Rogationist community belongs, joined him and the other priests in blessing the housing.

These 65 housing units is the new addition to the other 294 units that have already been distributed to families who used to live along the “esteros” danger-zones in Pasay and the slums at the Baseco Port Area in Manila. In 2004, the Rogationists opened an inserted community in Pasay City, in the midst of the urban poor. They are engaged in community organization, human and Christian formation, skills and livelihood training, leadership enhancement – empowering the poor by living out to the full their Christian and human dignity. At present, three priests are assigned in this community: Fr. Dexter Prudenciano, Fr. Orville Cajigal and Fr. Arlene Gumangan. Today, what was strated 15 years ago has evolved in various expressions of the charism and apostolate of the Rogate: St. Hannibal Christian Community (Shacc), Port Area of Baseco Neighborhood Associations’ League (Pabanal), Rogate Seniors (Rose), the Rogate Youth (RY) and the Rogate children and kids (Rocks).